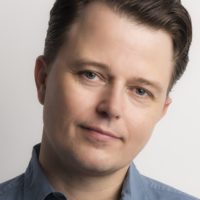 Sean returns to HVSF, having appeared most recently in The Tempest, Cymbeline, Much Ado About Nothing, Twelfth Night, The Book of Will, Our Town, A Midsummer Night’s Dream, Measure for Measure, and A Winter’s Tale. Before joining HVSF in 2014 as Associate Artistic Director and Director of Education, he spent 13 years as a member of The Pearl Theatre Acting Company in New York City, where he appeared in over 40 productions, receiving an OBIE Award for Sustained Excellence of Performance and a Drama Desk Award. His recent productions include A Midsummer Night’s Dream, Terrence McNally’s And Away We Go, Shaw’s You Never Can Tell, and Henry IV, Part One, directed by Davis McCallum. He and his wife, Abigail, have a wonderful son named Declan.