Since I cannot prove a lover / To entertain these fair well-spoken days, / I am determined to prove a villain.

Part comedy, part history, part tragedy, Shakespeare’s first masterpiece chronicles the irresistible rise of the Duke of Gloucester and his insatiable desire for power. With longtime HVSF company member Kurt Rhoads in the title role, this crookback villain will be the kind you love to hate, as Richard schemes and seduces his way to the throne, letting nothing but his own ambition get in his way.

Think of Goldoni’s Venetian Twins as the irrepressible Italian cousin of Shakespeare’s own Comedy of Errors, and you’ve got the basic gist: long-lost twins and mistaken identities. But in the hands of celebrated director Christopher Bayes and HVSF’s company of clowns, you have the makings of something truly insane and hilarious. The team that brought you the “deliriously happy-making” The Servant of Two Masters (Washington Post) will have your funny bone aching from the minute you sit down.

Let us once lose our oaths to find ourselves / Or else we lose ourselves to keep our oaths.

Four young noblemen absent themselves from society, in order to focus entirely on their studies. They even take a monastic oath: No girls! All books! But when the Princess of France turns up with three young ladies, how long will the men’s resolve hold up? Director Amanda Dehnert (HVSF’s Pride and Prejudice) infuses Shakespeare’s delightful comedy with an original pop/rock score (by Dehnert and Andre Pleuss) that gives full voice to the unique experience of being young and in love.

MUCH ADO ABOUT NOTHING
By William Shakespeare
Directed by Kholoud Sawaf

HVSF ON THE ROAD
Not till God make men of some other metal than earth. Would it not grieve a woman to be overmastered with a piece of valiant dust? To make an account of her life to a clod of wayward marl?

Scandal abounds in Shakespeare’s hilarious, biting comedy about lies, courtship, and the chaos created in pursuit of true love. The famous bantering lovers, Benedick and Beatrice, trade barbs while matching wits (and hearts) in this celebrated romantic romp. Perfect for the whole family, this 90-minute production is built to tour, and geared towards audiences of all ages. Learn about the tour. At HVSF, it’s all about the interplay between the actors and the audience, and that is especially true of our 2020 Season. Whether it’s Richard of Gloucester enlisting us in his bloody climb to power; or big-hearted clowns bursting into raucous song; or young lovers confiding in us about the anguish of falling in love for the first time, our audiences will be an essential part of the action under the Tent next summer. 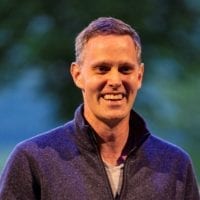